Within one hundred yards of Piccolo, the family have bought a second Trullo, Trullo della Selva Grande. Originally a small farmhouse, it is around the same age as Piccolo (Several hundred years old.) The clues to its farmhouse origin include the ancient fig tree, stone cheese shelf and stone chicken hutch by the front door.

Trullo Grande has recently been totally restored with the same love and attention by the team who revovated Piccollo.  The building has retaining all the original features while taking into account modern living and design. The stone has been sandblasted inside and out, roof restored to its former glory, traditional stone floor laid with under floor central heating, and completed with a 21st century bathroom and kitchen.

With two bedrooms and two bathrooms, Grande sleeps up to four people with the option for two more on the double sofa bed in the Lounge. The building is a collection six stone cones and a lamia (traditional name for an outbuilding). It is perfect for family getaways, or friends to share, with its own private grounds, patios and pool. 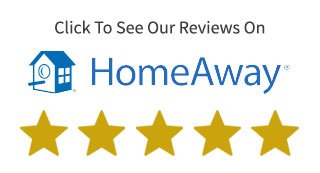 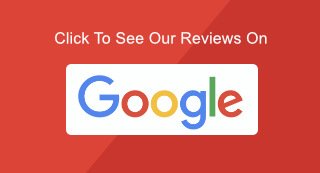 The main trullo cone forms the lounge and dining area and is central to the property. All the rooms lead off the lounge, which also features the sofa bed and views out onto the patio and private pool. The window has views over open farmland.

Directly off the lounge cone is the modern family sized bathroom, with a beautiful slipper bath, a walk in rain head shower, family washbasin and W.C. The bathroom also houses a full size washing machine for use during your stay.

From the main lounge cone, the master bedroom and ensuite occupies two smaller cones and the original fireplace.

A small window in the cone lights this beautiful room, which is separated from the ensuite by an opaque glass wall and door.  The ensuite is finished to the same high standard as the main bathroom; Walk in shower with rain head, washbasin and W.C. The window has views up the small lane to Piccolo.

Adjacent to the lounge is the Kitchen cone, with a beautiful hand build kitchen and marble worktops. It is equipped to the highest standards, incorporating dishwasher, fridge / freezer, oven / hob, microwave and toaster. The window has views up the hill to Piccolo. Again, like the kitchen in Piccolo it has everything you might need to cook a simple breakfast or a dinner party meals.

Bedroom 2 occupies the “Lamia”, the old outbuilding, linked to the kitchen cone with a short passage way. It is furnished with a full size double bed, a comfortable chair and plenty of storage space. It has an outside door linking directly onto the patio, garden and pool. This bedroom also has enough floor space to accommodate an inflatable double airbed (supplied), should two children wish to utilise the Lamia together.

The 7.5m  x 4 m private pool at Grande has views across the valley, and is ideal for cooling down from the heat of the day.

Grande has been finished throughout to the highest standards, with good quality glassware, cutlery, crockery and kitchen equipment. There is an excellent underfloor heating system for cooler months, and hot water on demand from the instant water system. All doors and windows have wrought iron grills and mesh screening to allow windows to be left open, but insects kept out. WiFi is also provided for our guests.

Trullo della Selva Grande is perfect for family getaways or friends to share as it happily sleeps up to six people with 2 bedrooms and 2 bathrooms. It enjoys an enclosed garden with secluded patios and a 7.5m  x 4 m private pool.

You can find out more about which cookies we are using or switch them off in settings.

This website uses cookies so that we can provide you with the best user experience possible. Cookie information is stored in your browser and performs functions such as recognising you when you return to our website and helping our team to understand which sections of the website you find most interesting and useful.

Strictly Necessary Cookie should be enabled at all times so that we can save your preferences for cookie settings.

If you disable this cookie, we will not be able to save your preferences. This means that every time you visit this website you will need to enable or disable cookies again.

This website uses Google Analytics to collect anonymous information such as the number of visitors to the site, and the most popular pages.

Please enable Strictly Necessary Cookies first so that we can save your preferences!